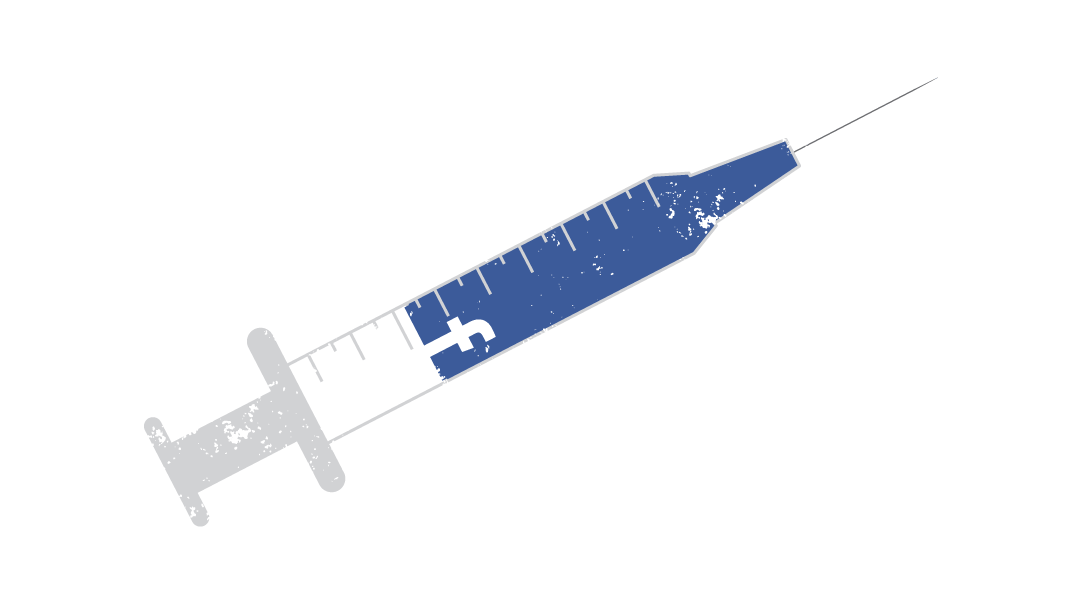 Social Media, Compulsion, and the 12 Things I Learned on My Break from Facebook

Published: March 27, 2015
Updated: January 19, 2021
I wrote this post back in early 2015, and gave up Facebook permanently later that year. I've since deleted Instagram as well, though you can still find me on Twitter for the time being (despite the fact that some of these things are uncomfortably true there as well).

As many of you may know, I recently took on the self-appointed challenge of staying off Facebook for 60 days. …Well, actually, that’s only partly true; I initially gave up Facebook for an indefinite amount of time. When I made the decision, part of me hoped that maybe it would result in a permanent termination.

So was I an addict who couldn’t go more than a couple months without a fix? Or was Facebook actually valuable enough to make me reconsider?

To be honest…a little of both.

Below are the realizations I had from approximately January 1 to March 1, 2015.

It wasn’t until I’d gotten back on Facebook that I realized how much text was flying through my field of vision with less than a second’s thought…or wondered what I was looking for.

You’re not going to read this whole post. If anything, you’re just going to skim the headlines to see if any of it looks interesting. That’s ok; that’s what I do, too. The internet in general and social media in particular have trained us not so much to read, but to search for what we find interesting. To the human eye, that naturally is not text. But it wasn’t until I’d gotten back on Facebook that I realized how much text was flying through my field of vision with less than a second’s thought…or wondered what I was looking for.

#2. Everything is in Numbered Lists These Days

I didn’t even write this to be a numbered list originally. I just realized at some point in late January how long it had been since I’d seen an article with a number beginning its title and wondered: why are we attracted to this type of post?

I don’t know, but if you’re already bored, or if you’re used to being directed to a specific number, I think #10 is probably the most important.

#3. You don’t get invited to things when you’re not on Facebook

Unless it’s too small to actually plan or large enough to sell tickets, Facebook is the only way you’re hearing about it.

This one was the most surprising to me. Just try it. You will disappear off your friends’ invite radar once you leave Facebook. Somehow, for better or worse, it’s become the de facto vehicle for invitations of virtually every type, and nobody except maybe your mom will bother to actually contact you directly if you don’t respond. Unless it’s too small to actually plan or large enough to sell tickets, Facebook is the only way you’re hearing about it.

#4. You check your phone WAY more than you realize you do

As part of this exercise, I uninstalled the Facebook app from my phone.

I was astounded how many times my thumb would automatically, without so much as a conscious thought, move to the space where the Facebook app icon used to be. It would happen dozens of times a day.

I actually found myself wondering—and I’m ashamed to admit this—“what did I do while I was in the bathroom before I got a smartphone?” (Don’t picture that.)

I was astounded how many times my thumb would automatically, without so much as a conscious thought, move to the space where the Facebook app icon used to be. It would happen dozens of times a day.

Once I was off social media, I started noticing how often the people around me—often people close to me, with whom I was having some sort of social interaction (however minor)—whipped out their smartphones to stare at a feed through which they endlessly scrolled.

I don’t begrudge them; I get it. I’ve done the same thing unconsciously, compulsively, a thousand times. I can’t tell you how many times I’ve wondered why I’m even still scrolling. I’m more cognizant of that now; the break made me realize that most of the time when I’m browsing my feed, it’s as a junkie looking desperately for his next fix.

And maybe I still am.

Maybe you can relate, or maybe it’s just my addictive and feedback-driven personality, but I realized I was always posting things with whether they would get a click in mind. When I gave up Facebook, I still held on to Twitter and found it frustrating that I would post things that didn’t get responses.

It’s one thing to like the feeling of connectedness that Facebook might bring, or to use it as a form of entertainment or escapism. But to be using it for personal validation? …That’s kind of messed up. But I guess the first step is admitting you have a problem, right?

#6. The politics on Facebook affect you a lot more than you think they do

Even the political posts I happened to agree with, I realized in their absence, often had a negative effect on my mental and emotional state. This is largely due, no doubt, to the fact that most politically relevant posts on social media are specifically designed to be polarizing. No matter how much you agree or disagree with [insert political voice here], that voice needs you to take action. Those posts need you to react, to feel something. Whether it’s angry, sad, shocked, enraged, despondent, whatever—political posts are literally hurting you. They’re ruining your emotional state and they’re driving you to further political extremes.

ALL of the politics on Facebook—including and maybe even especially those that I agreed with—are the part I missed the least. It was peaceful outside their storm.

When I started using Facebook again, the pages I stopped following weren’t ones that made me angry in disagreement; they were the ones closest to my views. Those views haven’t changed, but I really don’t feel the need to get worked up about them every day of my life.

Try locking yourself out of Facebook on all your devices and see how many new apps and websites suddenly become completely unworthy of the trouble to create an account or login.

#8. I have social media-only friends (and I missed them)

I never realized it before the break, but a unique class of friend had emerged for me on Facebook.

Somewhere amid the sea of digital friends that I see or call or speak to exactly zero times a year, a little island with some happy, digital-only buddies had cropped up. I didn’t miss family or local friends when I quit social media, because I still had contact with them. But I did actually miss some of the people with whom I regularly interacted on Facebook, people I rarely or never see in real life, but whose online relationship, I was somewhat surprised to learn, had grown meaningful to me.

#9. Smartphones are killing our necks

Seriously; I never realized how much neck stiffness I had until I stopped checking for updates every two minutes.

#10. Connectedness is costing us

Or put another way:

All that time spent browsing, reading, liking…it has to come from somewhere. Any minute you are or could be in the presence of another human being spent on social media is a minute you’re taking from them and splitting up a dozen, a hundred, or a thousand ways. It’s significantly weakening one good relationship in the name of very slightly strengthening many others.

Maybe this is a negative view of the situation, or maybe it’s a bit extreme. Maybe time and relationships aren’t a zero-sum game. But let me ask you a question:

When you’re sitting on the couch or lying in bed, what do you spend more time looking at and interacting with: your phone and the people with whom it connects you…or the person next to you?

#11. Facebook is more of a communication tool than you think

I never realized how many people fit into the category of ”good enough friends that I occasionally need to send them some kind of message directly, but not such good friends that it’s easy for us to call or text each other” until Facebook Messenger was no longer an option. I also didn’t realize how many people would completely drop out of my life, most likely never to be seen or heard from again, if I truly cut Facebook out of it.

I almost hate to say it, because like I said at the beginning of all this, I sorta hoped that this break would result in a break-up. But it didn’t. It left me right back where I was, because I realized that for all of Facebook’s myriad flaws, and for its enervating tendency to exacerbate my own shortcomings, it still has value.

I’m back on now because of that. It’s a valuable networking tool and at least a partially meaningful method of interpersonal communication. I’m at a point in life right now where that makes Facebook important enough to keep it around, at least for now.

I’m trying not to check it as much, not to think about it as much. I’m trying to do the slightly more difficult thing and speak to the people in front of me instead of wondering what distraction the device in my pocket might provide. I’m trying, in short, to be a better person, and to not let the promise of blissful digital engagement affect my thought patterns or my mental state as much.

A break from Facebook was very good for me. I encourage everybody to try it, at least once, and at least for a short time.

Even if it’s just to find out what you do without it in the bathroom.